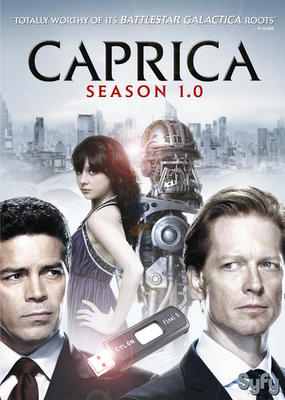 The world seems to have a schizophrenic attitude towards science fiction, fantasy and horror these days.
It could be argued there has never been a better time to make genre films and TV.  Back in the bad old days you could probably count all the examples of science fictional TV and film on the fingers of a very small collection of hands and even after Star Wars arrived you could still, for a while, keep up with all the imitations that seemed to spring up overnight. But in recent years it has become impossible. There is simply too much of the stuff for one person to keep track without spending all their waking hours watching DVD box sets.
And yet a love of genre books is, as it has been for a long time now, considered far less of a good thing.  Admit to this and one still runs the risk of being considered a "nerd" or "geek" with all the negative associations that entails. Even those who don't make such rash generalisations still wonder whether it isn't perhaps time you grew out of it. Of course this is a grave misconception and a misjudgement of the content of genre books as I have discussed before in this very blog.  But yet the stigma remains.

How does one explain this difference in the popularity of the visual media compared to print?  I suspect that it is because nowadays the visual media are all about spectacle not story. The audience at large seem to really enjoy watching unfeasible large spaceships crashing into major landmarks in 3D without giving too much thought to why this is happening.  And it could be argued that the reason many adults require the spectacle to be ever more gargantuan and realistic is so they don't need to tax their imagination too hard...
And this I think is the nub of the matter.
As children we have overactive imaginations, and this could be why most children's fiction, when it comes down to it, is "genre" - witches, wizards, talking cats and dancing skeletons alike. However at some point during the growing up process there is a tendency in modern culture for people's imaginations to begin to calcify - perhaps partly as a result of having such spectacular eye candy fed to them in huge quantities - and so if they're to genuinely enjoy something out of this world then they'd prefer all of the visualisation to be done for them. Show a five year old child an episode of classic Doctor Who and they are rapt, caught up in the story, their imaginations filling in what the early 1970s BBC budget couldn't stretch to at the time. Show a ten year old child the same story and they may dismiss it as looking really fake.
And this may be why genre books don't share the same popularity as TV and film - they require a childlike imagination to supply the special effects and get their head around the fantastical concepts being put forward therein.  Some people are lucky enough to retain this perspective despite being repeatedly asked haven't you grown out of that stuff yet?
Perhaps they haven't but this is by no means a negative thing. The downside, if there is one, comes when attempting to enjoy the now highly popular visual genre stories.
The thing about written science fiction or fantasy is that even though it may include stuff that is patently absurd (and fundamentally inaccessible to some readers who can't be holding with all that weird shit), it works as long as it is consistent within itself and where it refers to the outside world, consistent with that as well. By definition a large proportion of the readers are going to be people who notice these things - the people for whom this matters.  To them such inconsistencies make about as as much sense as a sequence in a mainstream literary fiction novel about being able to see Edinburgh Castle from the top of the Post Office Tower in London. It's patently absurd.
The problem with visual science fiction and fantasy is that when writing for the mass market - who are chiefly interested in the spectacle - there will always be the temptation for the creators to cut corners when it comes to plot and consistency.  Gravity on the Moon appearing to be the same as on Earth? No problem, they won't notice.  Instantaneous radio conversations over a distance of light years? So? A spacecraft being able to travel to another star system with no mention of hyperspace, warp travel or some other method of FTL? Who cares?
There are those that care but they run the risk of being derided if they dare to point this out.  Whilst some people may go too far (sometimes background explanations can be taken as read with a reasonable amount of knowledge of the kind of set up the author had in mind) it does matter.
If you are going to use the genre furniture and equipment then you have a responsibility to use it correctly.
Whilst some howlers may slip under the radar for many, for those that notice they stick out like a sore thumb.  I have recently been watching and enjoying the Battlestar Galactica prequel Caprica but my enjoyment of the show was nearly derailed in the first couple of episodes by Daniel Graystone repeatedly claiming that a human consciousness takes up 300 megabytes of data storage. If true you could comfortably keep a family of five on the kind of USB stick they give away free at conferences.
I have no idea why this awful clunker got through but can only assume that it was a piece of placeholder text that accidentally made it through the script editing process.  It would have been so simple to fix.  Creator Ronald D Moore had already emphasised the differences between the Twelve Worlds and our own singular one in a number of different ways - the characters are paid in Cubits instead of Dollars, use the word Frak instead of Fuck when they're upset and have an exciting afternoon out watching a game of of Pyramid instead of Basketball.  Would it have been too much simply to have had them calculate data storage using Gigabases or something nicely unspecific?
It may sound nitpicky but this is central. There's nothing wrong with being weird, different or absurd, as long as you are consistently weird, different or absurd. Even if the world being described uses magic rather than science to tell its tales, it still has to have rules.
Otherwise the temptation is there to make any problems your characters are facing go away for no readily apparently reason. And no matter how many exploding planets or giant robots you throw at an audience, that is the kind of thing they're going to notice.
books canon fandom fans fantasy fiction film genre horror SF star wars tv writing