Crawlspace of the Year

December 26, 2009
It's that strange time of year again, when, due to the odd way I visualise numbers and dates, I start to get (santa) claustrophobia. 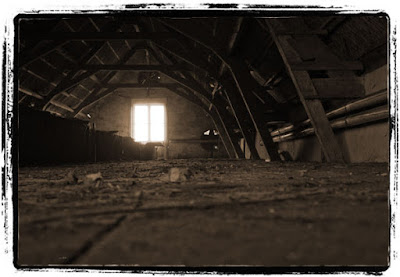 There is something about the period between Christmas and New Year that feels the wrong size. The whole of the final quarter of the year seems to be a build up to the festive season, which whatever your belief system and curmudgeonity-level is at least a break from the day to day grind of everyday life and a chance to relax and recharge the batteries. What's more, if you're fortunate, you get over a week off work gratis without having to use up any valuable leave days.

Then after the blowout of 25th December you crawl up through the trapdoor into 26th and realise there's nowhere to go. It's not so much another storey like the rest of the weeks have been, but the attic of the year, and not one that's been given a swanky loft makeover either - this is the old fashioned kind with bare beams, darkness, spiders, old cardboard boxes, a copy of the Daily Express from a day in 1968 when nothing happened, smashed christmas baubles underfoot and a mysterious battered metal trunk in the corner full of 1970s pornography.

It's more of a crawlspace really. If you're lucky there's a one light bulb illuminating the space with a washed out grey light. This is what the late December sun is like. Even if you do get some bright blue days they somehow manage to contrive to appear grey. When you go for a walk if feels as if any moment you're going to run up against an invisible wall, as if there's not enough space to go around.

I'm not sure what the deal is with the time. It feels dessicated and tasteless, as if we're either using up the last few dregs of dust at the bottom of the year's time barrel or have actually started recycling the days themselves like used teabags. No matter how much milk and sugar you put into them there never as tasty as they were first time around.

They never seemed to really get going, did they? I keep thinking that I'm going to wake up and discover that the past ten years have been a dream and that it's really only 1st January 2000. This is partly due to the way I started the decade - slowly becoming conscious at 5am, alone in my studio flat, lying across the bed fully clothed with the light still on. I had no memory of the Millennium celebration whatsover.

I've avoided drinking an entire bottle of vodka in one evening ever since. 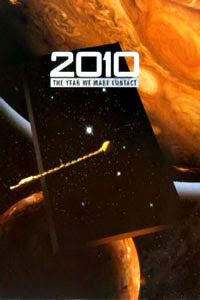 Still, if this is all a dream, then at least I'll be able to make a killing once I wake up by inventing Facebook and Twitter ahead of their time and writing a self-published comic of a less shit version of the Da Vinci Code in biro. Then again I might wake up into a world where these things were never going to happen anyway because the Millennium Bug will wipe out civilisation after all...

Even if this is all rubbish and 2010 dawns as expected then I still don't think it's going to be as good as the film or the book.
boundaries dreams future internet journal numbers time