The Worst of Both Worlds 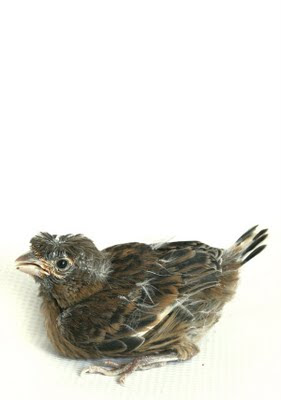 Well it's now December which means it's time to look back on not taking part in NaNoWriMo. Any regular readers of this blog may recall that I said despite not taking part, I was going to use all the inspiration in the air to try and write great swathes of my novel.

I didn't manage that but did fill in a lot of the gaps, managing in total I would guess around 4,000 words. What with the 8,000 words of blog written during the month it comes to around 12,000 words, which isn't too shabby. Maybe next year, eh?

During this time I also finally completed reading Daniel Dennett's "Consciousness Explained", a book which took me a long time to finish but which provided a lot of inspiration and information for many of my blog entries about the mind and brain. I was surprised by the ending - it turns out the Central Meaner did it in the Cartesian Theatre with the lead piping...

But seriously I did find the ending a pleasant surprise. I was expecting, what with his staunch materialistic stance, that Dennett would turn out to be one of those "Worst of Both Worlds" sceptics. It had always seemed to me that explaining the mind and consciousness as the effect of a biological machine meant that it was therefore possible not only for electronic machines to also be conscious but also to duplicate or upload the information comprising our consciousnesses, our personalities into an electronic medium, providing us with a form of data immortality.

However, a lot of materialist theory I'd come across rejected those interesting possibilities as well, seemingly intent on making the world as boring a place as possible. Not only was there no Weird Shit, they claimed, no ghosts, magic or telepathy, but there was also no possibility of strong artificial intelligence, or of duplicating a human mind on the computer.

No I don't understand their motives either.

Thankfully Dennett doesn't share their views and comes to the same conclusions as I would have (although via a far more intelligent and informed route).

There will probably be a lot more besides; as previously documented I find the materialists’ habit of lumping all Weird Shit together (as nonsense) somewhat unscientific. It's reminiscent of the way the church branded scientists and pagans alike as heretics in the sixteenth and seventeenth centuries. Might not some of these phenomena be the product not of wishful thinking but perhaps of some science we don’t understand yet? Why should we tar ESP with the same brush as the belief in pixies or god?

As I've mentioned before, I have a scientific materialistic stance but my mind is open to future discoveries. Some coincidences are just too weird - and I suspect not a case of seeing patterns that aren't there, but of not seeing things that are.

Another case in point, and like the Diana incident, it's also a case of dream precognition. Years ago I sent a postcard to my parents who were looking after the canary whilst I was on holiday. In it I mentioned that I'd dreamed (whilst on holiday) that the canary had laid an egg. Odd dream to have, given that the canary was supposedly male. A couple of months after coming back from holiday, the canary actually did lay an egg.

It's a shame that I didn't document this; I already had the independent record of the dream in the form of a franked postcard. You'll just have to take my word for it. Of course it could be just a coincidence, and proves nothing but why would I dream that a male (I thought) canary laid an egg? It's one of those things that makes the universe a little more interesting. Perhaps one day we will have a scientific theory to explain it.

It has to be said though, as an act of clairvoyance it's somewhat unimpressive; it's hardly predicting Tiananmen Square or 9/11.