Stop Me If You Think That You've Heard This One Before 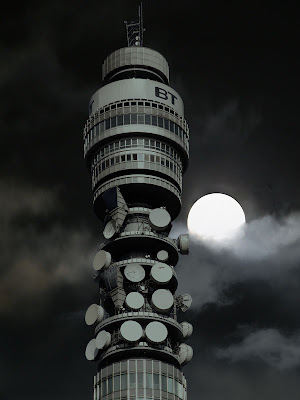 Time for another metablog entry. I hope you don't mind. A major problem with writing this off the top of my head first thing in the morning is that I end up rambling. Not that there's anything wrong with rambling per se, but if I'm not careful I'll end up repeating myself as the themes, memes and mania that appeal to my mind push themselves to the fore.

Plus there are now enough of these entries to make checking through them all a far from trivial affair. If I suspect that I might have mentioned something on a previous occasion do I really have the time to read back through 70,000 words in order to avoid repetition and the subsequent enraging of the over-sensitive?

The other day I was convinced I'd already mentioned the popular meme that "every cell/atom in our bodies is replaced every seven years" more than once, but it took me ages to confirm this. And the practical upshot of all this tedious searching (and it was long-winded; the search function on Blogger couldn't help with that kind of thing) was just that I've now mentioned it a third time.

What's wrong with repeating yourself anyway? I am sure there are some stories, events, anecdotes or facts in our personal memory libraries that we're all fond of and enjoy telling. After all, as I've said before, you are what you speak. These stories are part of what makes us us. And yet there are some people for whom hearing something more than once is the worst thing in the world.

"Once upon a time, about three years ago, I found myself stranded on top of the Ghost Office Tower in the middle of the night and..."

Snapped peevishly in a superior tone of voice. Implication being that by saying something more than once I am being the worst person in the world. More evil than a murderer and more irritating than having to pick stale chewing gum off the seat of your pants after sitting in a blob of it that some thoughtful soul has stuck to a bus seat. A put-down basically.

Well excuse me. Sorry to waste your valuable time telling you something more than once. I'm afraid my internal filing system's in a bit of a mess at the moment so unfortunately I can't access the records of every single conversation I've ever had with you. Twat.

Then the next week I'll get an aggrieved text from them asking me why I'm not in the pub at the agreed time when I quite clearly told them I wouldn't be able to make it this week. They forgot that all right.

Before I go, did I ever tell you about the theory of The Question Machine ..?
journal metablog people time writing