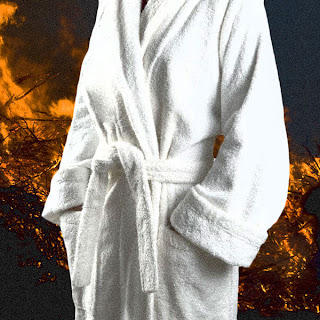 Some people might have noticed that I have suddenly started blogging a lot more frequently than in recent months. Amongst other things this is because I finished the first draft of the work in progress novel that has been hanging around my brain since the Christmas 2007. Those worrying about whether this is going to be a boring self-indulgent blog take heart - I promise not to mention the novel again after today until a much later stage.

As I have mentioned in a couple of recent blog entries this completion was in no small part thanks to the  machinations of 750words.com which seems to have successfully tapped into the addictive qualities of social media (which I am given to understand is to do with something called Random Intermittent Reinforcement) so that rather than obsessively checking Twitter every two minutes to see what everyone has said since the last time I looked or checking into Palmeira Square on FourSquare twice a day to ensure I retain the mayorship, I actually got something useful and self rewarding done.

It was partly the little badges but mostly the implicit guilt I would have felt had I not completed my daily word count.  I am sure that the creator  didn't actually build any actual guilt into the system - if anything it's encouraging - but my brain in its limited wisdom was able to convert the motivation into guilt which for my mind anyway is a far more high-octane fuel.

I call it a First Draft, but I'm not sure that it actually qualifies for that status yet. Whilst the story is certainly finished and all the pieces are in place, I do think that I need to go through the whole thing at least once again to cross the Ts and dot the Is before I am ready to pass it onto any "beta readers". Currently the draft is in an alpha state; draft 0.8 if you like.

For one thing I need to put chapter breaks in; towards the end of the final stretch I completely forgot to do this.  I also strongly suspect that in the latter passages Wendi might have repeated one particular nugget of exposition so I need to clean that up.

So what have I learnt from finishing this, my second novel (for the background to the first, please see my earlier blog entry "You all everybody")?

Firstly that things aren't always what they seem. Even though I had a vague shape in mind when I finished (although to be honest all "Quest" stories have a similar form) I was genuinely surprised by the twists and turns of the plot and in particular by the denouement scene the details of which I hadn't realized until shortly before I actually started writing it. This is somewhat insane - as if Agatha Christie could have got 80% through writing one of her books before realizing Who Dunnit.

But that is just how things seem to work for me, as mentioned in a previous blog entry I'm an archaeologist, not an architect. I'm not sure of the mechanism behind this - is it my subconscious that formulates the plot in advance and allows me to uncover it as I go along, or is the story somehow part of the shape of my mind, built up over years of reading fiction and working out what I like? All I do know is that if I'd sketched everything out in advance with index cards and post-it notes I'd be too bored to actually write the book as in my head the story would already be complete.

At least I'm not alone; I have read about several other authors, some of whom I really enjoy, who work to the same method.

What next? Received wisdom is that I should lock the manuscript in a drawer for three months. I don't think I have the time. That's all very well if you're a successful author with several irons in the fire, but given my limited time I'm going straight to beating this alpha version into actual First Draft shape and then distribute a handful of copies to a small number of beta readers. Perhaps then would be a good time to take a break and write something else.

There's certainly a lot to be getting on with; the Toyah memoir has a deadline now - I would love for it to be available in time for her 30th Anniversary "From Sheep Farming to Anthem" tour because it would be supremely fitting.

And then of course I have to write the next novel.
journal writing